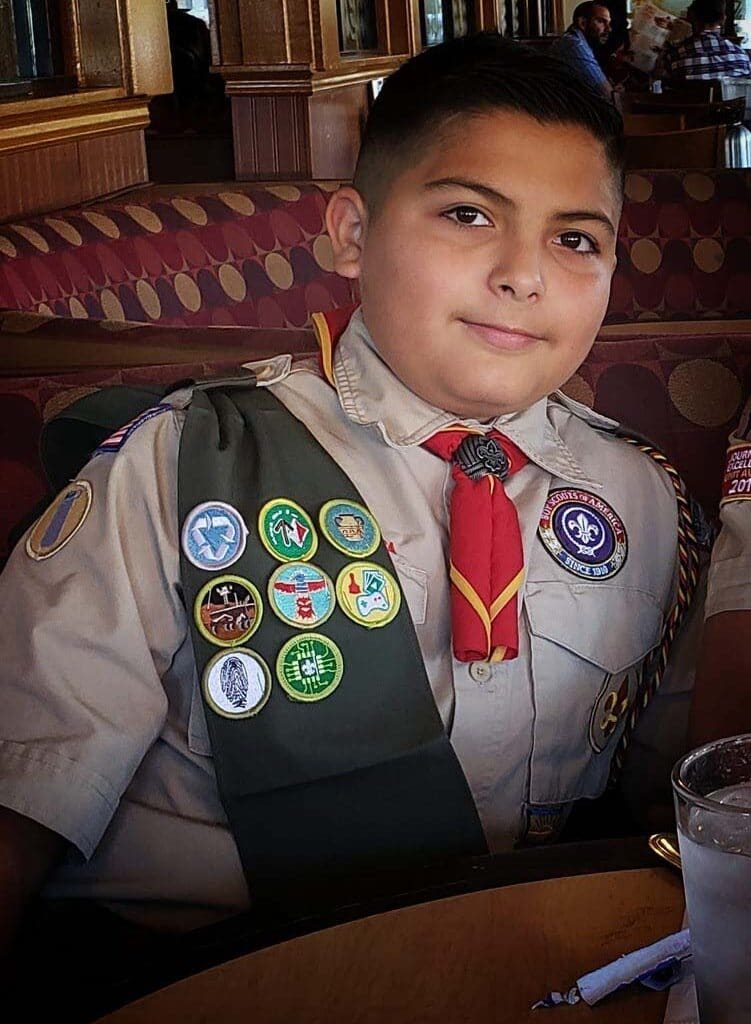 Omar was born March 14 (Albert Einstein’s birthday) also known as Pi Day (3.14). He came into this world destined to do great things.   As he was growing up, he has always shown qualities of a mature person beyond his age and always up for a challenge. He loves math because he says he sees math everywhere. He takes pride in dressing for success with his collar shirts and his hair always done.

Omar has always enjoyed school.  He won first place in the spelling bee when he was in Kinder. Reading took him a little longer to finally enjoy, but once he found a genre that was of interest, there was no stopping him.  Omar devours books and reads above 12th grade level now. Omar truly enjoys math and science and he was determined to get into the Accelerated math program in junior high, so he took the class in the summer to make sure he qualified.  So far he hold a 4.0 GPA and has been able to balance school with boy scouts.

As he was growing up, he mentioned he had a few career goals, and has narrowed it down to Mechanical Engineering.  He has gone as far as exploring Universities that will meet his needs to reach his career path and wishes to one day attend MIT for his BS and then attend Stanford University for his Master’s degree.  He has high goals and expectations of himself and plans to reach Eagle Scout by the time he gets to High School.

Omar joined Troop 58 as a cub scout when he was in third grade.  He was a Bear and enjoyed attending every meeting, event and camp out.  He looked up to the older Scouts and he continued work so that one day he, too, could be a boy scout. He was finally bridging over and was honored at the Arrow of Light ceremony.  March 2019 Omar proudly became a boy scout and advanced to Scout rank within the first month.  He then made Tenderfoot rank two months after that and four months later he made Second Class rank.  He was a Den Leader to the cub scouts (he was showing up to meetings early to work with the cub scouts before attending his own boy scout meeting).

Omar became Assistant Patrol leader while he was Tenderfoot and now is a Patrol leader of the Pedros Patrol, he holds patrol meetings and helps younger scouts rank up by guiding and teaching them.  Omar has been responsible and has taken initiative to call on his patrol to remind them of their meetings (which he has held through zoom during the pandemic).  He continues to work hard and is close to reaching First Class rank.  While working on reaching the next ranks to ultimately reach Eagle, he plans to continue assisting as many scouts in their ranking.  He likes to set an example as a leader and loves to share his talents and  knowledge.

Provide the Information below and
an Ambassador will Contact You!